Gabriela Karaulanova, in the first of her two part series, discusses how GDPR addresses the problems of personal data manipulation, evident in the Cambridge Analytica scandal

Bruce Schneider once said, “data is the pollution problem of the information age, and protecting privacy is the environmental challenge”. This emphasises how our personal data needs to be managed in a way which ensures that its privacy is protected to avoid any misuse or mishandling of our data; the context of this article will focus on how this manipulation has the ability to influence political campaigns. In 2016, the outbreak of the Cambridge Analytica (CA) scandal changed the digital world.[1] Facebook was exposed for selling the personal data of up to 87 million of its users to CA, a political consulting firm, which worked for the Trump campaign, in the hopes of winning the presidential election by influencing the users’ votes.[2] This created world-wide attention as individuals became aware of how their data was handled and speculation arose as to whether the legislation at the time adequately addressed this issue. The use of data has become a vital part of today’s society to the extent that data has replaced oil as the world’s most valuable resource. Consequently, heaps of data are available for misuse on companies’ fingertips, which is what has formed the basis of this article.

The use of data analytics for political purposes has become increasingly more common with the growth of social networking platforms and the data available on them. Cases have shown how online data has been used to micro-target, personalise and segment the delivery of messages without the knowledge of the individuals.[3] This was the main issue within the CA scandal, which illustrated that privacy is also about the autonomy, dignity, and self-determination of people.[4] CA sought to increase support for the 2016 Trump presidential campaign by profiling and micro-targeting voters to predict and influence their votes.[5] It was not until whistle-blower, Christopher Whylie, revealed details to journalists for the Guardian and New York Times that users became aware of how the site was targeting them. Both newspapers simultaneously published stories exposing how the personal data of over 50 million Facebook users were handed over to CA[6] to manipulate United States (US) voters into voting for Donald Trump as president.[7] Surprisingly, Facebook admitted that the number of people’s data initially reported was wrong, and in fact, it was personal data of more than 87 million users that were shared with CA. Research has revealed that CA collected over 50,000 data points on US adults by integrating the findings from a psychological test they used called “OCEAN” with data from other social media platforms, online purchases, voting results, etc.[8] This enabled the data analytics company to micro-target each users’ viewpoint on the Trump election, aiming to influence their votes and thus the election outcome.

Consequences of the Scandal

This scandal garnered a lot of worldwide attention and consequently significantly decreased the public’s trust in social media websites such as Facebook. This is supported by research which shows that Facebook lost an estimate of 15 million US users since 2017.[9] In response to the scandal, the UK Information Commissioner’s Office obtained a warrant to inspect CA’s premises and fined Facebook £500,000 for breaching the Data Protection Act 2018 by exploiting personal data, lacking transparency and further security issues relating to the harvesting of that data.[10] It could be argued that this fine was not large enough in proportion to the scandal, however, that was the maximum fine available under the legislation at the time which was the Data Protection Act 1998. If the General Data Protection Regulation (GDPR) had been implemented before or during the scandal, Facebook could have been fined 4% of its total worldwide annual turnover of $7.87 billion, which would have totalled £315 million;[11] even this figure is relatively low for a company of such size. Evidently, the CA scandal created a unique insight for many voters into how their data was being traded and utilised for political manipulation.[12]

Further complications around the use of data analytics for political purposes

Additional reports show that the data collected by CA was used to influence the Leave.EU campaign, ahead of the 2016 referendum on whether the UK should leave or remain within the EU.[13] Brittany Kaiser, the former head of business development at the firm, stated that Leave.EU used datasets created by CA to target voters with online political messages to potentially sway their opinion.[14] Consequently, the public’s trust in Facebook has decreased significantly, as 57.9% of the users recently reported that they felt no trust towards the platform.[15] Some take the stance that the day on which the public found out about the scandal was one which will never be forgotten, as it changed their vision of the current threats to our democratic society.[16]

The UK General Election on 12th December 2019 was a key date that created maximum exposure for data analytics companies. Following the on-going data privacy scandals within the past 3 years, the UK attempted to rebuild the trust of social media users by ensuring that each political party revealed its social media campaigns. This move intended to provide greater transparency to the public as to how social media is used to target political campaigns.[17] The revealment of all online campaign materials through an open register will allow any unregulated acts to be scrutinised and challenged. Having regulations regarding the use of social media during elections is a step towards restoring democratic accountability after the CA scandal.[18] In the weeks leading up to the election, tech giant company Twitter, announced that it would be banning all political advertisements on its platform taking effect from the 22nd November 2019.[19] This tactic ensures that Trump’s twitter strategy in 2016 cannot be repeated, whereby his campaign gained an estimated $2billion of earned media coverage.[20] Conversely, Facebook rejected the invitation to follow the steps of Twitter and refused to revise its micro-targeting policies ahead of the General Election.[21] This was a chance for Facebook to be transparent and re-build the public’s trust after the CA scandal. If the company was really serious about change, it would cut the political advertisements. However, by not taking this measure, Facebook has once again stood out in the spotlight. When profit comes up against democracy, Facebook chooses profit.[22] Although, considering political advertisements on Facebook only amount to 0.5 percent of its revenue,[23] the strong objection of the ban is a questionable move.

It is evident that in one way or another, there has been use of personal data within social media to sway voters through manipulation of targeted political campaigns. With the growth of social media, the complications arising from the use of political advertisements have become prominent. The number of campaigns which have been influenced through the use of data analytical companies is not exhaustive, which portrays the urgency of needing to tackle this issue. Legislators have attempted to provide users with more transparency, clarity, and fairness by implementing the GDPR 2016. These stronger data protection laws should provide citizens with confidence,[24] knowing that their data is correctly handled and stored, and not used unknowingly to influence political campaigns.

In the second article of her two part series, Gabriela Karaulanova evaluates how well these laws have addressed the issues discussed and proposes reforms which address the outstanding uncertainty to ensure that an individual’s personal data is adequately protected.

[4]‘Cambridge Analytica, GDPR - 1 Year On - A Lot Of Words And Some Action’ (Privacy International, 2019) https://privacyinternational.org/news-analysis/2857/cambridge-analytica-gdpr-1-year-lot-words-and-some-action

[9]Meera Jagannathan, ‘Why Did Facebook Lose An Estimated 15 Million Users In The Past Two Years?’ (MarketWatch, 2019) https://www.marketwatch.com/story/why-did-facebook-lose-an-estimated-15-million-users-in-the-past-two-years-2019-03-07

[15]Julie Beck, ‘People Are Changing The Way They Use Social Media’ (The Atlantic, 2018) https://www.theatlantic.com/technology/archive/2018/06/did-cambridge-analytica-actually-change-facebook-users-behavior/562154/

[20]Connor Madden, An Analysis Of Political Communication Strategies And Their Role In The 2016 Presidential Election (The University of Texas at Austin 2018) https://repositories.lib.utexas.edu/bitstream/handle/2152/65271/maddenconnor_Thesis_Free Media_2018.pdf?sequence=2&isAllowed=y 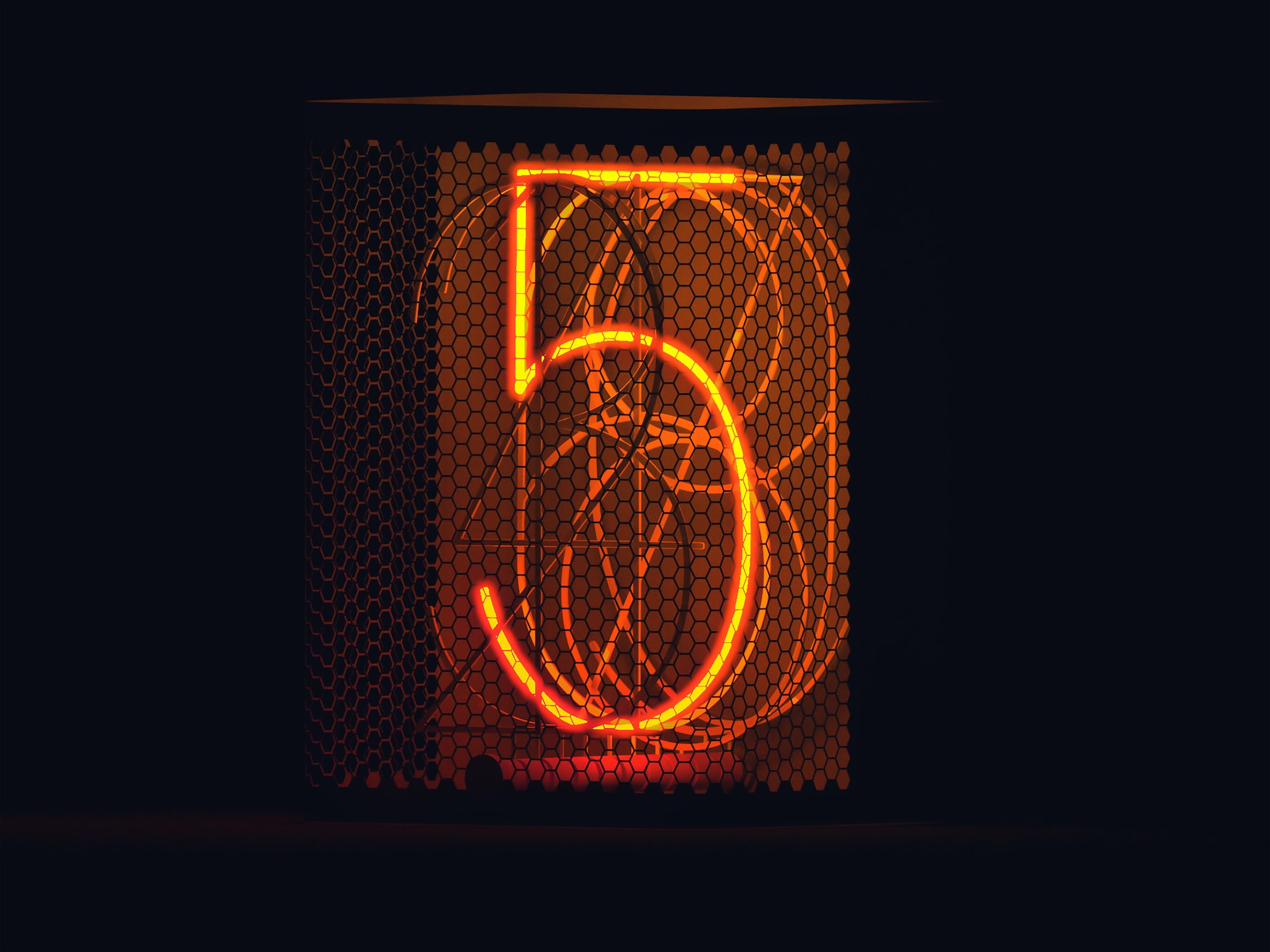 5 Things to Keep You FinTerested

Net Neutrality: The State of Play in 2020