Reading the Mind: Neuroimaging technology and its possible use in court

One of the most complex aspects of the law is to determine one’s intention when they carry out an act. In criminal law cases, the difference could be life changing; it might mean the difference between spending years in prison or walking free. Once humans understand how to map this complex grey matter sending electric signals through our body, it could, optimistically speaking, lead to a justice system where a mind-reading machine determines one’s innocence rather than a jury.

Technology has already played a fundamental part in solving criminal cases. Forensic DNA analysis, first developed in the UK by Sir Alec Jeffreys in the 1980s, has since become a fundamental part of criminal investigations and has shaped how they operate.[1] Indeed, whilst this has led to the solving of many crimes and the findings often show irreputable evidence, an important aspect is excluded: the intention of the accused. There are two broad elements in a criminal case: actus reusand mens rea; the act and the intention, and proving this intention can often be a complex issue, especially in the cases of oblique intent i.e. where a defendant embarks on a course of conduct which causes a desired result, but knowing that this action would causes another result.[2] For example, planting a bomb in a car with the intention of it exploding and killing the person inside would be an obvious example of this. However, say the defendant planted a small bomb with the intention of only damaging the car and was horrified to see that it killed the person inside, the sentence resulting from this, or indeed the criminal charge entirely, could change. This area of law is one subject to much debate, and the courts have struggled to find an appropriate test to apply in cases such as these. A subjective test would be concerned with the defendant’s perspective, judging whether they could foresee the degree of probability of the result occurring from their actions, but in this scenario the jury could only guess at whether they are telling the truth or not.[3] This grey area is an example of an issue in criminal law which could possibly be solved by the use of neurotechnology.

So-called ‘mind-reading’ technology may sound like something taken straight out of a sci-fi movie, but it is not so far fechted of a concept. The early stages of the technology have already been developed and used on convicts, although they are not yet admissible in English courts. Advances in neuroimaging techniques (producing images and analysing the structure of the brain) and the rise of artificial intelligence have led to the development of a technology known as multi-voxel pattern analysis (MVPA).[4] This method, which combines statistical machine-learning methods with neuroimaging data, allows for the analysis of multiple areas of the brain at once, leading to the identification and learning of thought patterns. Put simply, this can be used to decode a person’s intention to perform one task rather than another.[5] Whilst this has not yet been used in criminal investigations, a similar technology has, and subsequently this has attracted much media attention.[6] Those who have watched the second series of the hit Netflix series ‘Making a Murderer’ may have noted the ‘brain fingerprinting’ system, a type of neuroimaging technology used on Steven Avery to determine whether he was involved in the murder of Teresa Halbach, and as an attempt to prove his innocence. This works by displaying images of objects, scenery, words and other elements related to the crime whilst the user’s brain activity is monitored. Not dissimilar to an advanced version of the polygraph test, the user’s activity ‘spikes’ when one of these images is registered by them. Traditional polygraphs measure bodily responses such as sweat, but brain fingerprinting is focused soley on the brain, making it more resistant to diversion tactics.[7] Dr Larry Farwell, the creator of the brain fingerprinting technology, is so confident in his work that he has offered $100,000 to anyone who can beat the detection system. As he puts it, “the brain never lies.”[8]

The possibilities of this technology are boundless. Whilst its primary use in criminal law would be for determining one’s intention in a crime and lie-detection, it could also be used for the risk-assessment of criminals to predict possible future violent behaviour, to name one of many examples.[9] However, creating this new technology is only one piece of the puzzle, and it is another task altogether allowing evidence gained from neuroimaging technology to be used in court. Whilst brain fingerprinting has already been used in two cases, one in the US and one in India, studies suggest that the technique still needs further testing before it can be used more extensively.[10] Even in the US case, the court only mentioned the findings from the test but did not rely on it.[11] Robin Palmer, an Australian professor who is pushing for forensic brain wave analysis to be used in court, understands the potential of the technology, but notes that courts will be reluctant to accept it anytime soon, noting that DNA was virtually discovered in 1953, but the first time it was admitted for use in courts was in 1988.[12] Indeed, his concerns are justified. The dangers of allowing imperfect technology as impactful as mind-reading to be used as evidence in the courtroom could be catastrophic. The polygraph test is a prime example of a technology which should never be used as evidence in court. Critics have estimated than the polygraph test is only accurate 70 per cent of the time, and can be cheated in some cases.[13] Jeremy Kyle, in some ways acting an unofficial judge in the eyes of his viewers, has been at the forefront of this debate recently as the legitimacy of the polygraph test was put under fire after Steve Dymond committed suicide after failing the test on Kyle’s show, despite allegedly telling the truth.[14] Nevertheless, brain fingerprinting does lead to more accurate judging according to recent research, as compared to the polygraph test. An experiment carried out in 2014 by various neuroscience professors involving facts known only by certain US Navy military subjects revealed an error rate of less than one per cent in the use of brain fingerprinting technology. They concluded that it is a “reliable and valid method for detecting concealed information obtained in the course of real life that is characteristic of individuals with specific training, expertise, and/or affiliation with a particular agency or organisation.”[15]

There are justified extensive obstacles in presenting digital evidence in court which relate to the gathering, conservation, communication and presentation of evidence arising from technology.[16] It must fulfil strict legal requirements, including relevance and reliability, before it is permitted. Some have argued that the rapid growth in the number of criminal cases involving any electronic evidence has “all‐too‐often found law enforcement and the judiciary badly prepared to deal with the new issues created by this evidence.”[17] However, aside from these issues, technology presented as having ‘mind-reading’ potential would obviously be an extremely powerful tool to sway the jury, and it is therefore absolutely necessary that extensive testing must be carried out, and it must be as near to one hundred per cent accuracy as possible before it is ever relied on in court. Not only could inaccurate neurotechnology undermine the role of the jury, but it could lead to devasting consequences if an incorrect conviction is made on the basis of it.

The development of this technology may also lead to commercial use. Elon Musk’s neurotechnology company ‘Neuralink’ currently appears to be at the forefront of this, as they recently announced that human trials will take place next year in which a device is implanted that can, in a way, read the user’s mind.  In August, the company announced that a chip was implanted into a pig’s brain, which could record the animal’s neurone signals and display them graphically.[18] Musk claims that when this technology is further developed, it could be placed into humans and could be used to solve issues such as memory loss, stroke and addictions.

Neuroimaging technology is fascinating, exciting, and its uses are wide-ranging. From a criminal law standpoint, it could lead to quicker, cheaper and more accurate trials, but it must be carefully analysed and regulated before any further action is taken to push for its use in court proceedings, at least for the time being. This is a undoubtably a technology to watch in the coming decade. 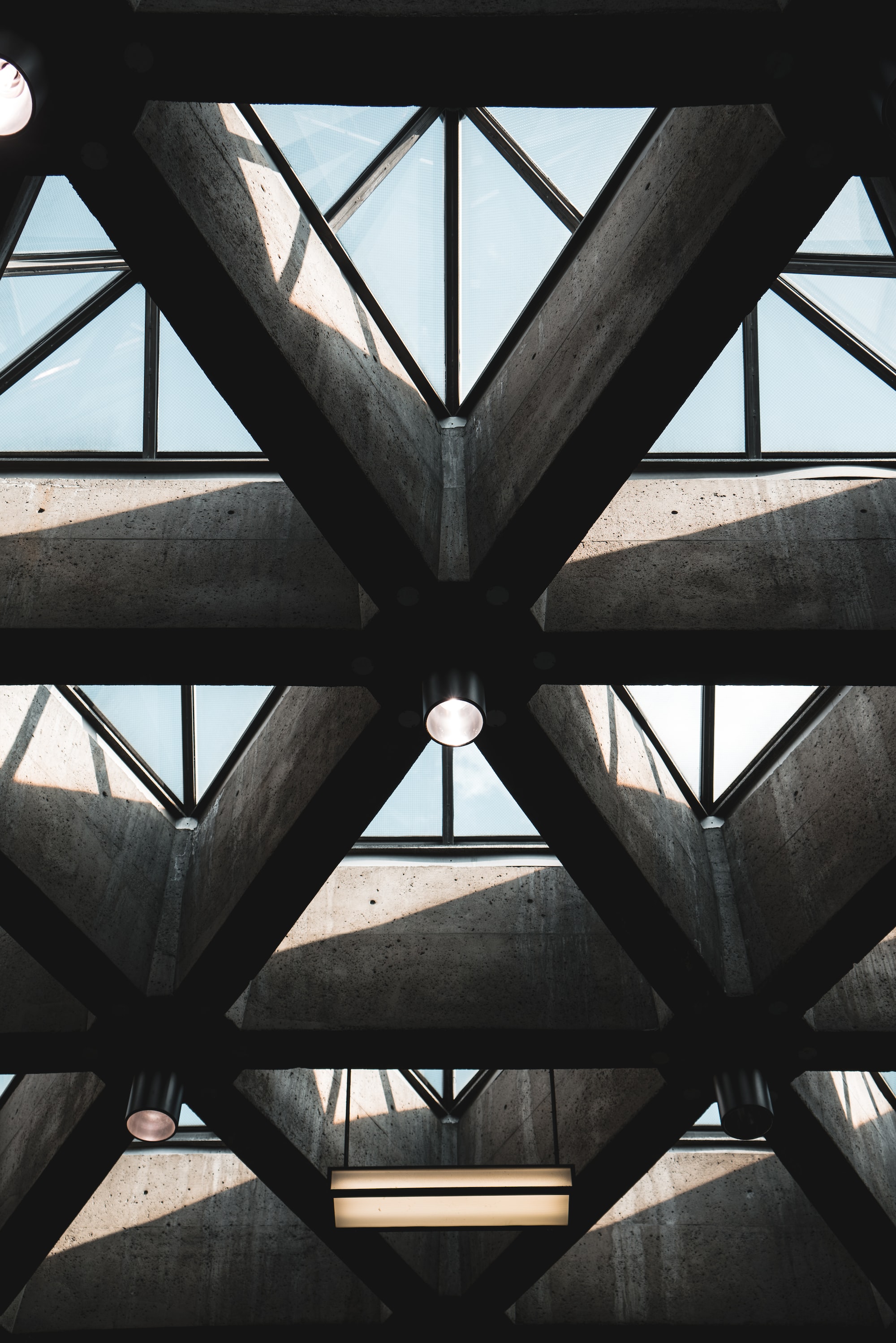 The three main use cases of LawTech