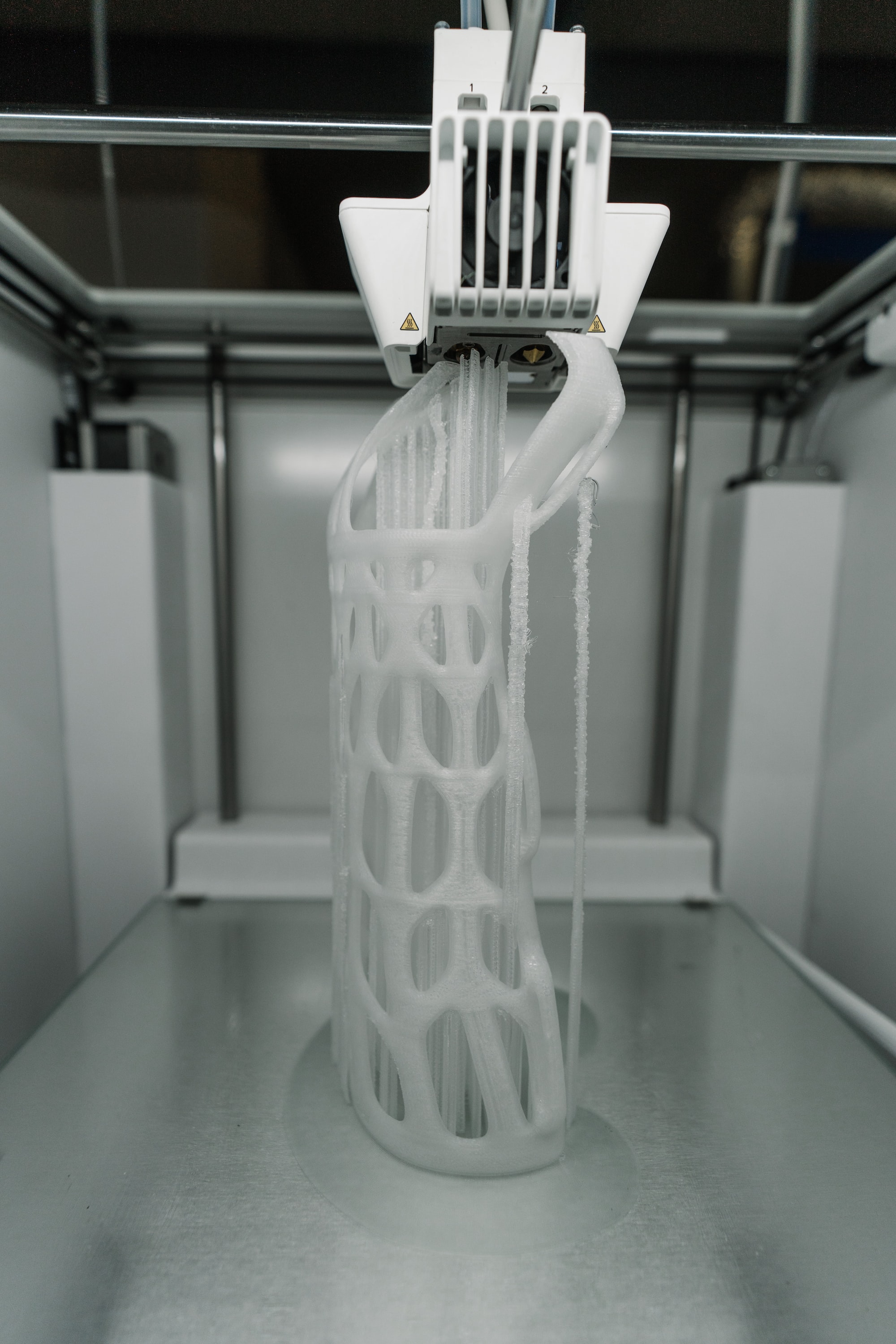 3D Printing for All: The Implications of Commons-Based Peer Production Enterprises and Sharing Culture for Regulation

The promise of 3D printing is vast. It could lower barriers to markets, empowering more firms with the potential to viably compete, which has sustained benefits to consumers through increased product variation.[1] The UK may benefit from the “reshoring” of manufacturing lost to other nations, as well as the possible expansion of the UK’s design industry.[2]There are even general societal interests, such as reducing the carbon footprint, which may also be served through the efficiency gains of 3D printing.[3]

Clearly then, the stakes are high. There exists a strong commercial and societal interest in this technology - and regulators know this. How then, with all this in mind, should intellectual property law deal with 3D printing? The answer is complicated by the fact that this technology has already developed an eager “sharing culture”,[4] based around openly and freely sharing creations. A fact which, as we shall see, challenges the very economic justification – that of incentives and innovation - for intellectual property rights.

As we have seen, this technology promises to revolutionise markets on a macrolevel, bringing about positive benefits for society generally. However, fears of deficient IP protection has already started to stifle innovation in this field.[5] This is unsurprising, once one considers that the ability to simply scan pre-existing objects, and convert them to files capable of recreating the original object, already exists.[6] These files can then be downloaded for free on websites, such as Thingiverse.com, further propagating the design to the rest of the world. Creators can have their work appropriated, or find themselves being cut out of the deal as consumers repair or modify articles that would ordinarily be a service forming a normal aspect of the creator’s business.[7] Couple this with the fear of design files being pirated to online piracy websites,[8] and it is not difficult to see why a commercial enterprise may be reluctant to adopt 3D printing without robust IP protection. Why adopt and innovate on a technology that you can never reap the reward from or that one day may even replace your own business? There is simply no incentive.

This is the traditional economic justification for IP rights: that while ideas are public goods (that is non-excludable and non-rivalrous) they still cost creators, and, without IP protection, people are likely to free-ride on other people’s ideas rather than innovate.[9] There is no doubt that this is only exacerbated by the digital nature of the industry, which increases the potential spread rate of ideas to near boundless levels, making ideas even more challenging to control. The argument runs that there is a commercial and societal interest in IP law that maintain the incentive function to foster innovation and realise the promise of 3D printing.

While, certainly, the economic argument represents genuine fears held by some creators, it is an overblown one that only tells half the story in the 3D printing context.

In the realm of free software, which the 3D printing culture arguably falls within as represented by the popularity of websites such as Thingiverse.com, creators’ motives differ greatly from the usual market-guided business indicative of traditional notions of economic models.[10] This alternative creative force, occurring outside of market signalling, has come to be known as ‘commons-based peer production’, where individuals group together and work in partnership to create something, often for non-financial reasons.[11] The culture surrounding 3D printing “can be seen partly as a continuation of open source”,[12] with the results of a survey showing that 55 per cent of those involved in 3D printing personally contributed to at least one peer produced free software project.[13] This number is sure to increase once informal contributions are taken into account, for example where a creator uploads design files for a component to be used by others in the creation of their own separate project. Within the area of 3D printing there contains a strong illustration of a production model that runs antagonistically to the economic justification, where creators labour for fun, or to merely “scratch an itch”,[14]regardless of the fact that they will never possess a proprietary claim over the finished article. Importantly, the incentive to create and innovate within these peer production enterprises remains in spite of the economic justification.

Ultimately, stringent IP rights could, counterproductively, hinder the 3D printing sector through reducing innovation by increasing barriers to the access of information and resources needed to innovate in these peer production projects.[15] Here the economic justification leads to no discernible balance at all. Instead, the creator’s interest rules to the expense of the societal interest of innovation.

However, to have too little IP protection, while benefiting individuals and alternative production enterprises, would potentially harm traditional commercial enterprises who are motivated by market signals, by eroding their incentive to create,. Similarly, as we have just seen, solely taking the position of the economic justification could harm the innovation of individuals and peer production enterprises. As such, a compromise is needed that protects the interests of enterprises of both modes of production.

This point around balance and compromise necessitates emphasis, especially with the recent worrying trend of “ex post justifications” being invoked for IP rights.[16]These justifications favour very strong, perhaps unlimited, IP rights in order to incentivise private creators to increase the societal value of their creations through managing, refining, and, ultimately, innovating on their prior work.[17]Ex post theory, while no doubt attractive to commercial enterprises, would necessarily lead to the restriction of ideas, a consequence of which is market inefficiencies such as the restriction of works, through the increasing of price and the limiting of distribution.[18] Furthermore, creators tend not to be in the best position to know how to use their creation efficiently – many just sit on their IP and never do anything with it and others never truly understand the value and potential of their IP.[19] How then can we expect them to innovate on this work given their exclusive access to it? To impose such strong IP laws, or invoke ex post justifications, would deprive those individuals and peer-production enterprises, who do actually see a work’s true potential, from innovating upon and increasing the societal value of the original work.

What this Means for Regulation

With the logic of these ex post justifications, the interests of peer production, and its budding sharing culture, are liable to be left ignored. Therefore, in deciding how to regulate the 3D printing market we must realise that while it is true that we must preserve an incentive to create for traditional commercial enterprises, we must also recognise that there exists other innovative models of production that have strong societal benefits. We shouldn’t be too hasty to apply the economic, or even the ex post, justifications to the 3D printing sector, as that would ride roughshod over the large community of individuals coming together and innovating that has already taken a firm hold of the culture of 3D printing.

3D printing requires a gentler hand when it comes to IP law in order to avoid snuffing out the infant industry’s innovation before it has properly developed. Instead, we should focus on finding a balance and compromise between protecting alternative production enterprises (individuals and peer-production projects) and traditional commercial production enterprises. It must be kept in mind, that 3D printing is a promise heralded for all.

Aman Chawla is currently completing his LLM at the London School of Economics and Political Science (LSE). He has a particular interest in international law and markets, politics and legal theory. 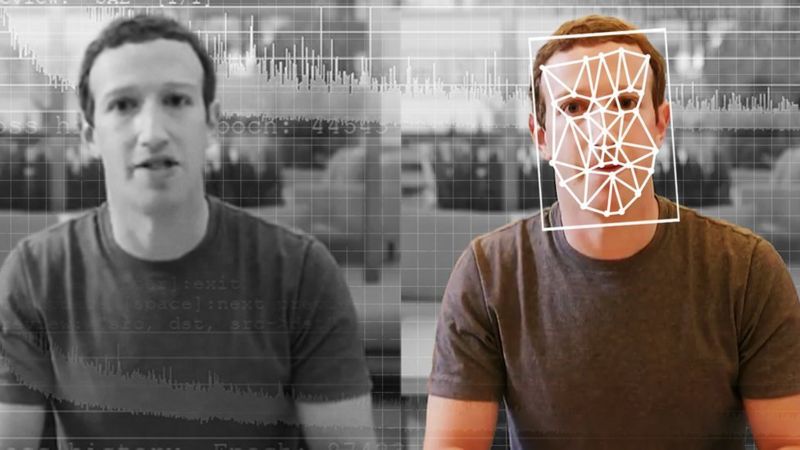 Deepfakes As Most Worrying AI Threat: Can You Still Believe What You See?

Legal Engineering : a Transformation of Legal Product and Service Delivery