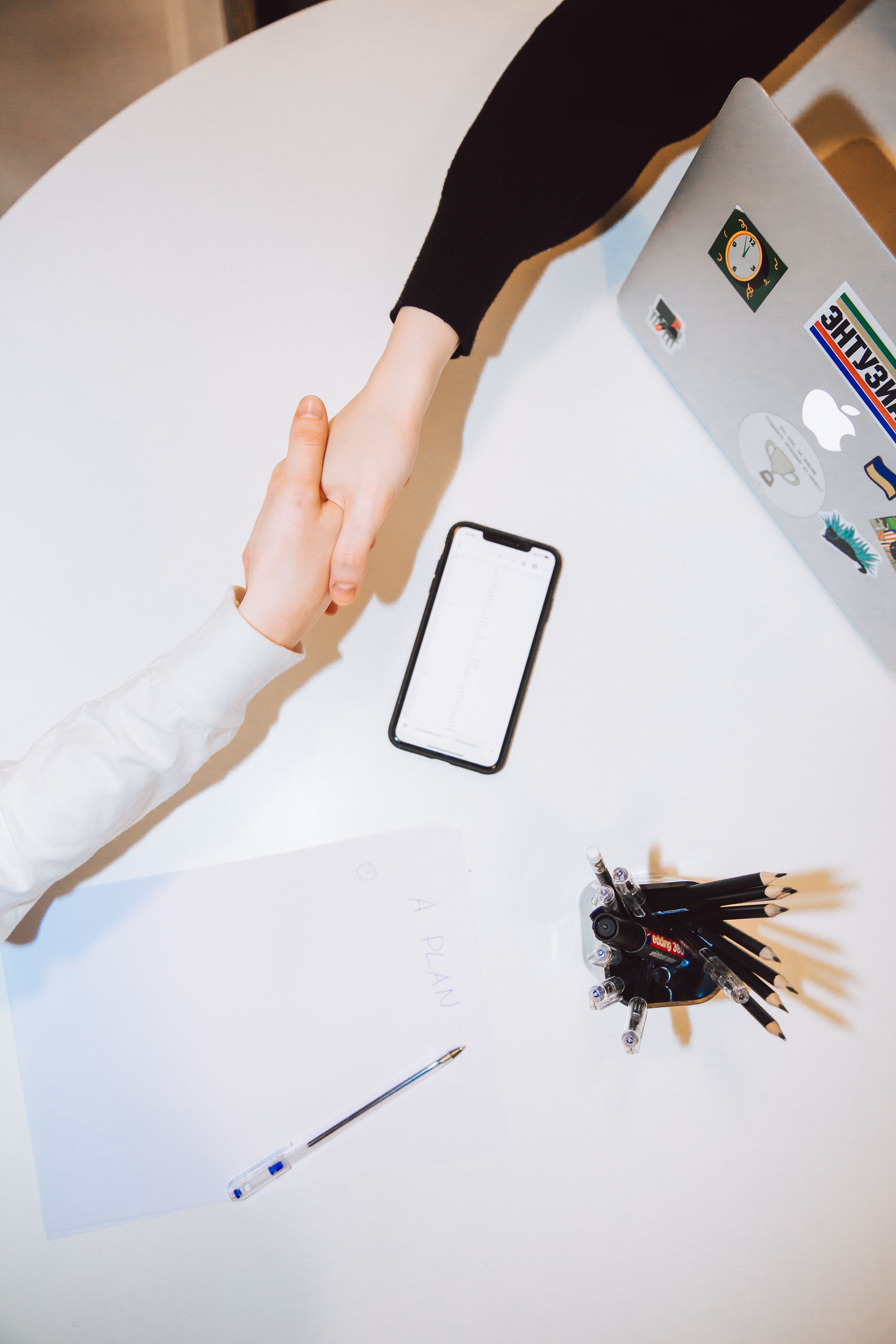 Smart Contracts and their Impact on Contracting Parties

Emilios Hadjiandreou discusses smart contracts and their potential impact on the contracting parties and lawyers.

We have all heard of blockchain. But really, what is this technology? And how is it being used in smart contracts? What is the impact of smart contracts on contracting parties? And do smart contracts signal the end of the job of a lawyer? (Spoiler alert: arguably not)

We are all familiar with (at least the word) blockchain. Day in and day out, we all hear, read, or talk about blockchain. But what is blockchain? A briefing by Clifford Chance assists in understanding this technology: “blockchain is a ‘distributed database’, which is updated and maintained by a decentralised network of participating computes, or ‘nodes’. Under a blockchain system, upon a triggering action, the network is designed to automatically produce outputs.”[1] Consequently, the use of blockchain makes the entire system reliable since it eliminates third-party interventions, the ability to interfere with the contract, and the need to depend on the parties’ trust.

What are smart contracts?

Smart contracts are one of the most successful applications of this technology. A smart contract embeds a complex set of pre-agreed clauses into a code and ensures that all have been met before self-executing the contract. Crucially, since smart contracts allow decentralised automation by expediting, authenticating, and enforcing the conditions of the underlying agreement, there is no need for a third party to initiate the agreement.

In a nutshell: “a blockchain-based smart contract is a self-executing code on a blockchain that automatically implements the terms of an agreement between parties”[2], once the predetermined conditions are met.

What are the benefits of using smart contracts for the contracting parties?

Traditionally, parties usually rely on third-party intermediaries, such as escrow between counterparties, to provide ‘trust’ services. When, for example, a person wants to deal in properties, a real estate agent, will usually be appointed. In order to eliminate the risk of fraud, the agent provides escrow services which facilitate the payment between the parties. Consequently, when the deal is finalised, payment has to be made to both the agent and the escrow service.[3]

However, with the use of smart contracts, the operating costs associated with this part of contract performance are eliminated, since there is no need for human intervention. Consequently, the sole cost for the parties and their businesses, will be the upfront costs for development and implementation of the smart contract platform.[4]

The traditional regime of manual preparation of documents, involves the complex and time-consuming process of drafting and redrafting via human intermediaries, as well as the long wait for the enforcement of the contract. However, with smart contracts being software codes, which not only automate tasks, but also execute and implement them almost instantly, this can save an enormous amount of time for the contracting parties and their businesses.

Traditional contracts are vulnerable to human manual errors. On the other hand, the automated transactions of smart contracts are coded in an unequivocally detailed form and are also checked by the parties involved. Smart contracts are required to hold all the terms and conditions in them before they are finally put to work. Any condition that is left out of the contract might result in an error in its execution. Consequently, smart contracts become a comprehensive agreement which when executed automatically, gets almost everything done.[5]

What is their impact on the role of lawyers?

If you are a lawyer reading this, you can breathe in relief. Smart contracts will not signal the end of your job. On the contrary, they may provide further opportunities.

A good starting point in conceptualising this understanding are the words of Nick Szabo, the computer scientist who developed the idea of smart contracts: “Lawyers worried about losing their jobs to robots, you're actually doing something that's mostly complimentary to a smart contract. Smart contracts are mostly making possible new things that haven’t been done before.”[6]This is because, ultimately, the code must present something legally enforceable. In a recently published book about legal tech, Robert Peat mentions that “at this moment, law is not written in code. Lawyers are skilled in understanding the complexities of the written law in a way which non-lawyers (for example, coders), let alone computers and artificial intelligence (AI), are not.” As such, despite the fact that smart contracts will be written in code, this “will mandate cooperation between lawyers and technologists to reach a middle ground. This middle ground is a Ricardian contract, whereby natural language sits alongside code to place the defining elements of a legal agreement in a format that can be expressed and actioned in software”.[7]This is especially prominent for complex commercial transactions, where lawyers will be engaged in order to consider and advise on potential legal difficulties such as governing laws of different jurisdictions and the intended points of binding contract formation.

Furthermore, once created, smart contracts can pose further challenges that require the use of a lawyer. When for example the two parties wish to change the terms, this proves more challenging with smart contracts where the code is irrevocable. Consequently, this would not only require the use of lawyers in order to insert conditional clauses that provide what will happen under certain occasions, but it might also pose an issue in using smart contracts regularly in transactions. As such, the inconvenience of this irrevocable code might prompt the contracting parties, especially in certain complex commercial transactions, to go down the traditional regime which requires the heavy work of lawyers. It can be said that, for the time being, it is somehow unrealistic to envisage a system where smart contracts will be used solely in complex commercial transactions.

Additionally, for the time being, it is unclear whether smart contracts can stand up in courts, and whether they can adjudicate on them. This is the reason that “Simon Rhodes urges the government to start regulating in this area and answer some of the pressing questions: how would smart contracts stand up in court? Does the natural language framing a contract or the underlying code responsible for executing it serve as the basis for a legal agreement?”.[8] However, even if smart contracts were to be recognised by courts, if we just press fast-forward from the creation of a smart contract, litigation issues might arise under the contract, which will undoubtedly require the consultation of a lawyer.

And as a final point, it is worth mentioning what Robert Peat astutely mentions: “it is lawyers, law firms and legal technology consulting firms who have played a large part in creating and driving these projects. It is unlikely that lawyers would have worked tirelessly […] in order to destroy their own profession. […] Rather, these shifts represent opportunities and possibilities for lawyers to expand their patchwork quilt of knowledge, to engage with new professionals and ultimately utilize the enabler which LegalTech will be. We could go as far to say that this is not even a juncture for lawyers and law firms – it is a new beginning.”

Smart Contracts: A view form the legal industry, a report by LexisNexis (https://www.lexisnexis.co.uk/research-and-reports/smart-contracts-report.html)

[3]What Is Escrow and Why Is It Needed?, by Brian O’Connell (https://www.thestreet.com/personal-finance/real-estate/what-is-escrow-14638366) 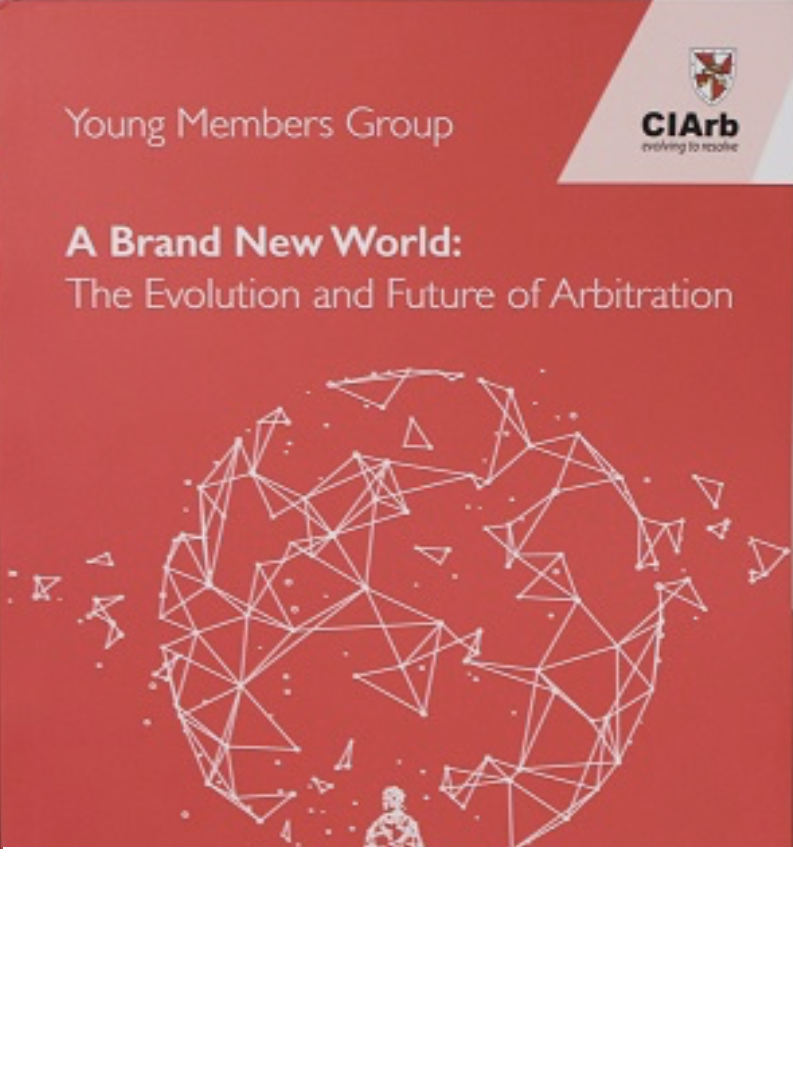 Book Review: A Brand New World: The Evolution and Future of Arbitration.

Is the integration of IoT and blockchain a logical move?